In the name of freedom

Why all this freedom?

Because, earth is like a moral fabric. And developing higher moral can only be done in freedom!

But whatever the dream, feeling, action or thing, it could be too much or too little of it.

Too much or too little, ruins everything.

Another phenomena: Developing, takes place according to the law of hunger and satisfaction.

And just what makes You morally satisfied where ever You stand? For good? So that You can walk on to the next step?

In the name of freedom, when is Press Freedom good?  And when is it bad?

When You are kicking asses downwards, it’s not too smart. It´s more like an act by an idiot!

In fact, we are all idiots! More or less. And the biggest idiots are they who don´t understand that fact! :) 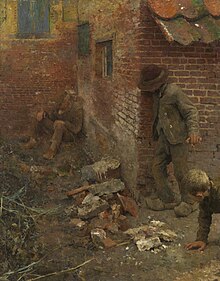 The Idiot by Evert Larock

An idiot, dolt, dullard or (archaically) mome is an intellectually disabled person, or someone who acts in a self-defeating or significantly counterproductive way!